The store will not work correctly in the case when cookies are disabled.
Free UK Mainland Delivery

We Are UK Manufacturers
Visit Our Showroom On Order Online

Why Are Beds Raised Off The Ground? 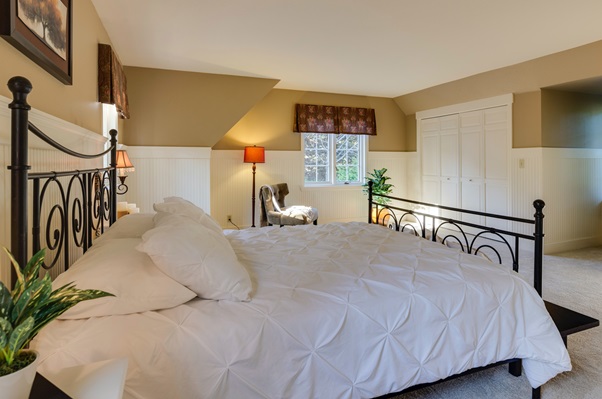 As far back as 3000 BC, the Egyptian empire was at it’s peak and being a progressive race they designed their beds accordingly. Many historians believe that the Egyptians discovered the health benefits of sleeping on beds raised off the ground. The famous of all Egyptian pharaohs King Tutankhaumn shad a bed made of ebony and solid gold, raised off the floor while the poor of Egypt slept on floors. Many believe this was to distinguish himself from his people. As Egypt has a very warm climate this would of made his bed cooler and safer from insects and other animals.

When it came to bed innovation the Romans were streaks ahead of their Egyptian neighbours. They were elaborate, decorating their beds with silver and gold or bronze and their beds were raised off the ground which was copied throughout their empire. Once again, this was most likely down to the same health benefits as the Egyptians found. And that is not all, as the Romans were one of the first to use mattresses it made sense to have a metal bed frame to help support the mattress. They also technically invented the waterbed but not as we know them today rather a mattress floating on water.

Between the 14th and 17th centuries it certainly was a very interesting time indeed across Europe as civilizations were developing rapidly. Development and experimentation with different types of bed frame was progressing well and there were more than a fair share of very interesting bed innovations. It was becoming normal for people to sleep off the floor. Even those less fortunate were starting to sleep on beds raised off the ground in any way they could.

The Mattress was becoming even more popular as well. It was even more affordable to have a cotton or a feather-stuffed mattress and of course pillows. As people were starting to discover more comfort beginning to realise how much more comfortable and a better night’s sleep was to be had not just for themselves but their health too.

This was around the time that the cast iron bed made its first appearance which made sleeping on a bed and off the floor even more accessible. These beds were not that expensive, and extremely durable for the time. Not pretty to look at by any stretch of the imagination but they were built to combat the bed bug problem of the time and proved invaluable.

There have been thousands upon thousands of new innovations and new introductions to the world of beds in today’s times. Even though we haven’t reverted back to sleeping on floors and bed bugs are less of a problem if any, the luxury of a good and comfortable bed is still the normal and people will always strive to find the ‘perfect’ bed. Be it for health issues or bad backs people will always look at new ways or reinventing the way we sleep.

What Kind Of Mattress Is Good For Your Back February 4, 2021